Choosing the North – Considering Moving Out of Your Hometown

Chances are, if you spent your teenage years in Northern Ontario, you’ve felt the “itch.” You know it – that intangible desire to get out of your hometown and see some of what the rest of the world has to offer. Maybe you reacted by traveling overseas; maybe you ventured out to school across the province. Or maybe, just maybe, you realized you’re happy where you are. Travis Morgan is 21 years old. He lives in Whitefish, near Sudbury, and has done so since he was two years old. At a time when others are flocking South, he wouldn’t live anywhere else. Morgan is part of a new, ever growing group of young Northerners who are choosing to either stay where they are, or return after a few years of exploration. His life has not exactly followed the traditional pattern of other youth.

Why studying in the North is a great option

When shopping for schools at which to study political science, he passed on other institutions across the province, selecting instead nearby Laurentian University. It’s a decision he does not regret. does not regret. “I was born here, raised here and I want to be educated here,” he explains simply. “It’s small, peaceful, and quiet. I don’t get the feel of a ‘big city’ when I travel around Sudbury.

It’s easy to relax.” Although he may one day have to leave Northern Ontario to study to be a lawyer (Laurentian does not currently offer a full law program), he hopes he doesn’t have to. After all, he’s got big plans for when he’s done. “I plan to be a lawyer in the field of human rights,” he states. “ I’d like to do general practice for deaf
clients in Northern Ontario. Maybe (become) a judge later on. I would (also) like to be an MP eventually.” Morgan’s interest in helping the hearing impaired stems from personal experience, as he is deaf. And while his disability has not presented him with any serious employment barriers, it has made things a little difficult at times.

“Jobs that don’t require hearing are easy to get,” he comments, “but for jobs that require hearing, I must prove myself all the time.” For instance, when working as a
soccer referee, he was told that many coaches did not like him calling games. This wasn’t because of any skill deficiency – he knows the game inside out – but rather because they were unable to verbally convey their  anger when they disagreed with a call.

Still, Morgan remains confident he’ll be able to fulfill all his goals. “Being deaf does not mean I can’t get a job,” he states. “(Studying) history, law and social studies has helped me want to achieve what I want to achieve. (These subjects) have helped to show me that anyone can do anything in Canada.” So, why is such a bright, motivated young person choosing to stay in the North? Does he not feel pulled to pursue his opportunities further south?

“I plan to stick around,” he states. “Southern Ontario may have more jobs at a higher salary, but they have a higher cost of living. (Here), the cost of living is pretty low. It’s cheaper to buy a house around here than it is to rent an apartment in Toronto.“This is my home, and I love it here 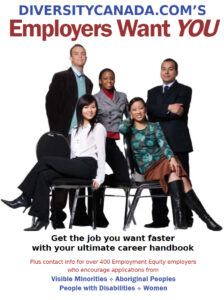